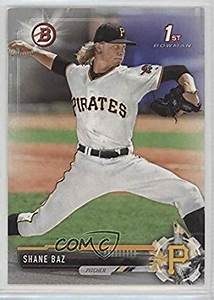 Baz signed a National Letter of Intent with Texas Christian University. He was selected by the Pittsburg Pirates with the 12th overall pick in the 2017 MLB Draft. Baz signed with the Pirates on June 16, 2017 with a signing bonus of $4.1 million.