Deundre Jones is a 5-10 190 RF/1B/P for the Division II District 5 Lutheran South Academy Pioneers. He has signed with Kansas State University.

High School Stats
In his junior season, Jones hit .318 with 9 Doubles, 1 Triple, 3 Home Runs, 30 RBIs, 31 Runs and 27 Stolen Bases. He was named a 1st Team player on the DII District 5 All-District Team. He was named to the Division II All-State 2nd Team. 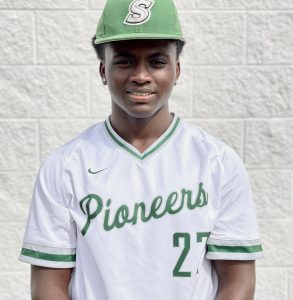