Matthew Luna is a 6’4” 220 LHP for the San Antonio East Central Hornets. He has committed to Texas Tech University. 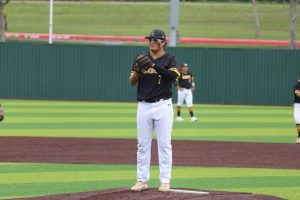