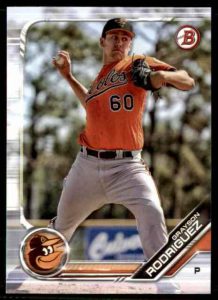 Rodriguez signed a National Letter of Intent with Texas A&M University. He was selected with the 11th pick of the 2018 MLB Draft by the Baltimore Orioles. On June 12, 2018, he signed with the Orioles for a $4.3 million signing bonus.